Studies show that as few as 1% of the population consume adequate amounts of omega-3 fatty acids.  This is an alarming statistic, since lack of this important nutrient has been linked to serious ailments, including cardiovascular disease and diabetes.

Here are just some of the benefits of omega-3’s, based on clinical studies:

They are called ‘essential fatty acids’ because the body is unable to manufacture them, and therefore requires that they be consumed through diet.

Fortunately,  increasing your omega-3 consumption is fairly easy, by consuming supplements and/or types of foods that contain high levels of them.

Now let’s take a look at three of the best sources, and how you can incorporate them in to your daily meal plans.

Fish and fish oils are arguably the best source of omega-3’s.  They contain EPA and DHA – the 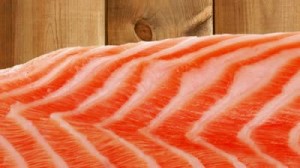 two forms that don’t require the body to convert them in to a usable form.

Wild salmon has the highest amount of omega-3’s of any fish.  Aim for coho or sockeye
salmon from Alaska as it’s the cleanest, and most sustainable source.  Farmed salmon (even organic) is not recommended.

Other fish that contain decent levels of omega-3’s include:

If you you aren’t a fan of seafood, there are plenty of fish oil supplements on the market.  Wild Alaskan salmon oil and Krill oil are two great choices, but be sure to do your due diligence, as some of the lest expensive brands may be high in mercury and other toxins.

Another good source of omega-3’s is nuts, seeds, and various plant oils.  However, they contain ALA, a form of omega-3 fatty acids that the body must convert to DHA and EPA.  Scientists believe that a very small percentage of ALA’s are actually converted toe DHA and EPA, so you would have to consume high unrealistic amounts in order to get the same benefits you would from animal sources.

From the University of Maryland Medical Center:

Dr. Chris Kresser wrote an excellent article outlining why he believes that fish is a much more powerful source of omega-3’s. 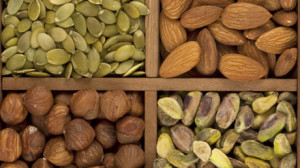 The nuts, seeds, and oils that contain the highest levels of omega-3 fatty acids in the form of ALA include:

Although these nuts contain decent amounts of omega-3’s, they contain much higher levels of omega-6 fatty acids (pro-inflammatory), so it’s not advisable to go eating massive amounts every day.

Certain eggs are a terrific source of omega-3 fatty acids.  They come in the form of DHA (also found in salmon and other fish), which is arguably the most beneficial form.  These eggs contain 7-8 times as much omega-3’s as conventional eggs.  This is achieved by feeding the chickens marine algae.

When possible, try to purchase organic free-range eggs, as these most likely come from the healthiest chickens and contain the highest levels of nutrients.

Putting it all Together

Do you think you eat enough omega-3 fatty acids?  Let us know by leaving a comment below!

How do I Know Food is Organic Without an Organic Certification Logo?