“Eat foods with high levels of antioxidants”… You’ve probably heard it a thousand times.  There is no question that antioxidants play a key role in our bodies immune systems, and it’s ability to fight disease. The question is, how do we know which foods contain the highest concentrations of 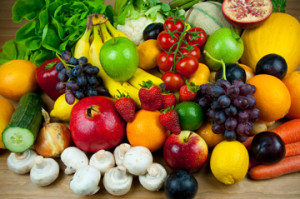 Colour is certainly a good indicator of the antioxidant content of a food.  For example, dark purple and red berries contain high amounts of antioxidants. But would you be surprised if I told you that pecans had higher levels of antioxidants than almost all varieties of berries?

Without some form of uniform testing of all foods, there is no way to be certain, and this is where ORAC values come in to play. ORAC stands for ‘Oxygen Radical Absorbency Capacity’ and simply put, is a way of measuring the antioxidant capacity of all foods.

Foods highest on the list theoretically have the best ability to combat free-radicals that accumulate in your body, thus decreasing your risk of disease. I say ‘theoretically’, because ORAC values are tested in a lab, and not in the human body, so scientists can’t be certain that what goes on in the lab would be replicated in the human body.

The list below separates foods in to categories (fruit, vegetables, grains, nuts, legumes, and herbs & spices), and lists the top five foods based on their respective ORAC value. *Find the full list of ORAC values here

Not surprisingly, this category is dominated by berries.  Their extremely high flavonoid content makes them an antioxidant powerhouse!

You’ve probably already heard about the many health benefits of garlic, which is why it should be no surprise that it has the highest ORAC value in this category.

Black sorghum bran takes the top position in the grain category.  It ranks #4 overall on the ORAC value chart.

All five of these legumes rank near the top 50% of all foods on the ORAC value top 100 chart.

Ground cloves rank #1 on the ORAC value chart.  This is certainly motivation to add a touch of parsley to your salad, or a sprinkle of cinnamon to your oatmeal in the morning!

The bottom line:  ORAC values can be used to help us identify foods that will have a positive impact on our health. Things to keep in mind… Just because a food has a higher ORAC value than another, doesn’t necessarily mean that it’s a healthier choice – there are simply too many other variable to consider.

Furthermore, many of the foods that have extremely high ORAC values are foods that normally would not be consumed in large quantities.  For example, cinnamon has one of the highest values of all foods, but you may only consume a couple of tablespoons a week.  On the other hand, blueberries may have a much lower ORAC value, but they can be consumed in much higher quantities.

What are your thoughts on ORAC values?  Please let us know by adding a comment below!

How do I Know Food is Organic Without an Organic Certification Logo?